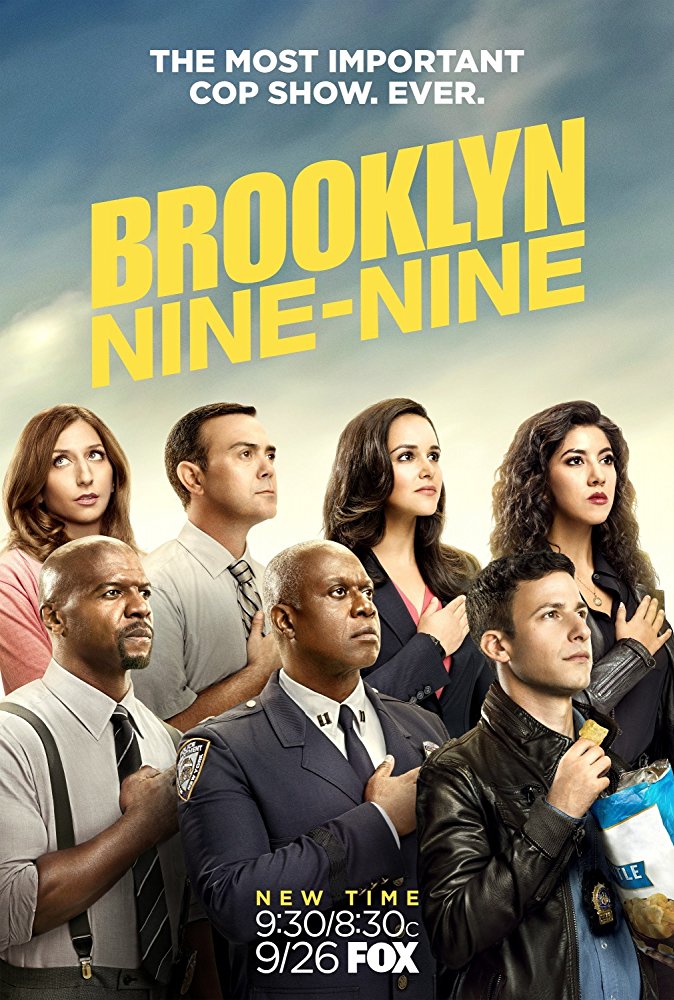 Brooklyn Nine-Nine is an American police television sitcom on Fox. It revolves around Jake Peralta, an immature but talented NYPD detective in Brooklyn’s 99th Precinct.

The “Brooklyn” part on the poster looks like an obliqued version of Impact and the “Nine-Nine” part seems to be Helvetica 86 Heavy Italic. For the typeface used for the title or logo in the title sequence, it is Univers, with “Brooklyn” set in Univers 93 Extra Black Extended Oblique and “Nine-Nine” in Univers Bold.