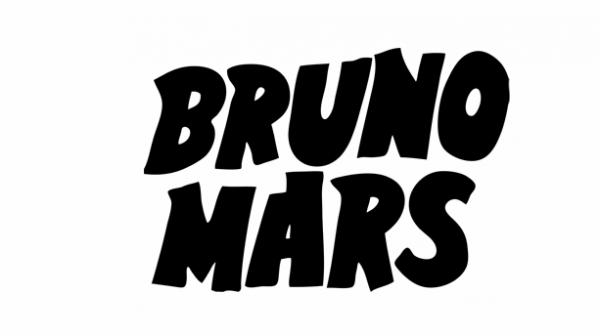 Bruno Mars is an American singer-songwriter born and raised in Honolulu, Hawaii. The logo above as seen from the cover of his debut album, Doo-Wops & Hooligans, features the logo in comic lettering and it is probably custom designed.

Bruno Mars logo that is seen from his second studio album Unorthodox Jukebox, featuring a geometric display font, the closest font for the logo is probably Hadron from TenDollorFonts.

tags: free for commercial use
Screebie