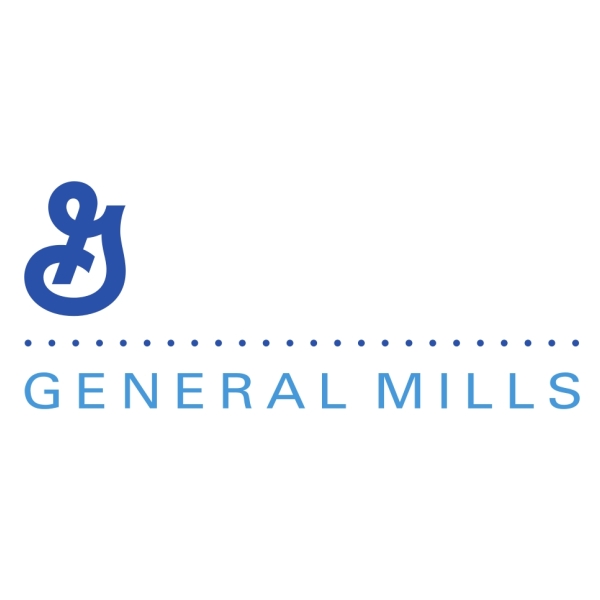 General Mills font here refers to the font used in the logo of General Mills, which is an American corporation that is mainly concerned with food products. Well-known brands by General Mills include Betty Crocker, Yoplait, Pillsbury, Green Giant, Häagen-Dazs etc.

The logo of General Mills has undergone several redesigns. The font used for its current logo as shown above is probably Univers Pro 55 Roman. And for the previous logo (used before 2004), it is probably set in Antique Olive Italic.

Update: General Mills update their logo in December 2017. The new wordmark as well as the slogan is set in Gotham Bold designed by Tobias Frere-Jones.