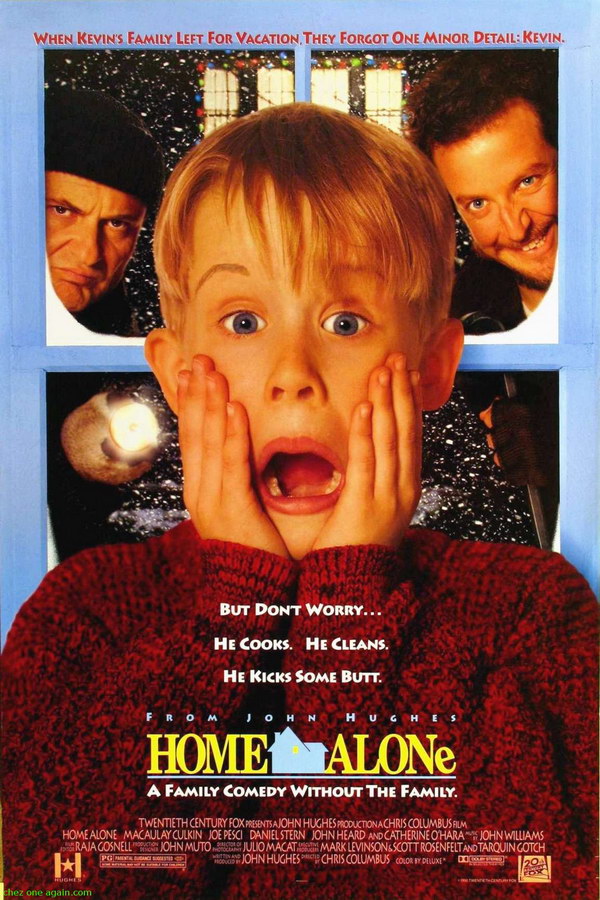 Home Alone is an American family comedy film released in 1990. The film centers on Kevin McCallister, an eight-year-old boy, who is left behind when his family flies to Paris for their Christmas vacation.

The font used for the film title is probably ITC Century Book Condensed designed by Tony Stan. For its tagline “A Family Comedy Without The Family” beneath the title, it is probably set in Lithos Pro Black designed by Carol Twombly. Both are available as commercial fonts and you can view details about them here and here respectively.