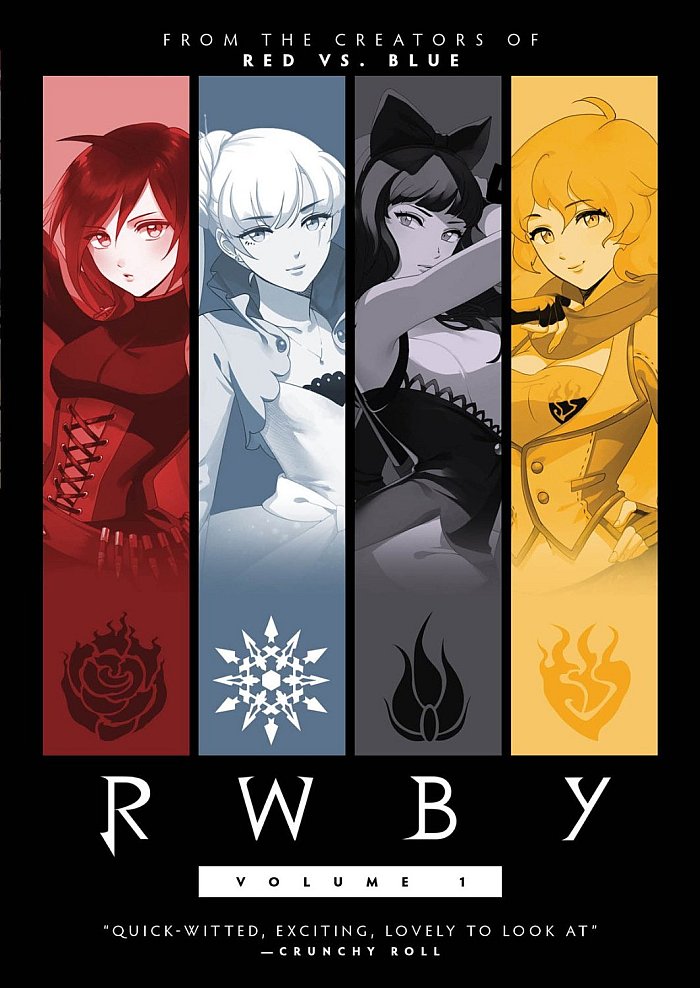 RWBY is an American anime-inspired CG-animated web series created by Monty Oum. The show is set in the fictional world of Remnant, which is filled with supernatural forces. The series focuses on Team RWBY, which consists of Ruby Rose, Weiss Schnee, Blake Belladonna and Yang Xiao Long.

The font used for the logo of the series is very similar to a fan-made font named RWBY Style. The font is available in capital letters only, with numerals and limited punctuation marks. You can download it for free here.

If you do not want to download and install the font but just like to create simple text logos using RWBY Font, just use the text generator below.

The following tool will convert your entered text into images using RWBY Font, you can then save the image or click on the EMBED button to get links to embed the image on the web. If you are not satisfied with the result, you may modify it further with our image tools.