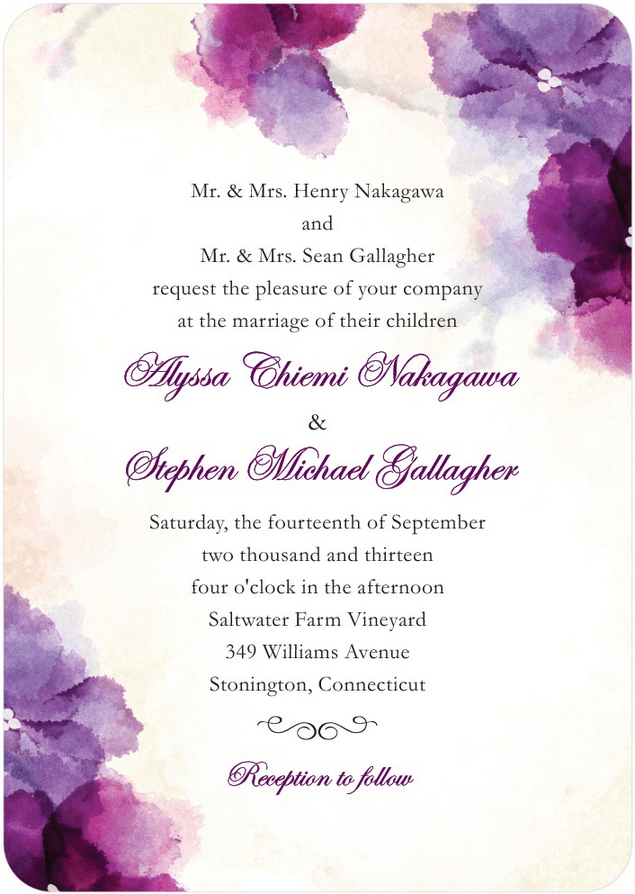 The following fonts have been used in the invitation above.

Like this wedding invitation? You can personalize it with your own wording and details at weddingpaperdivas. 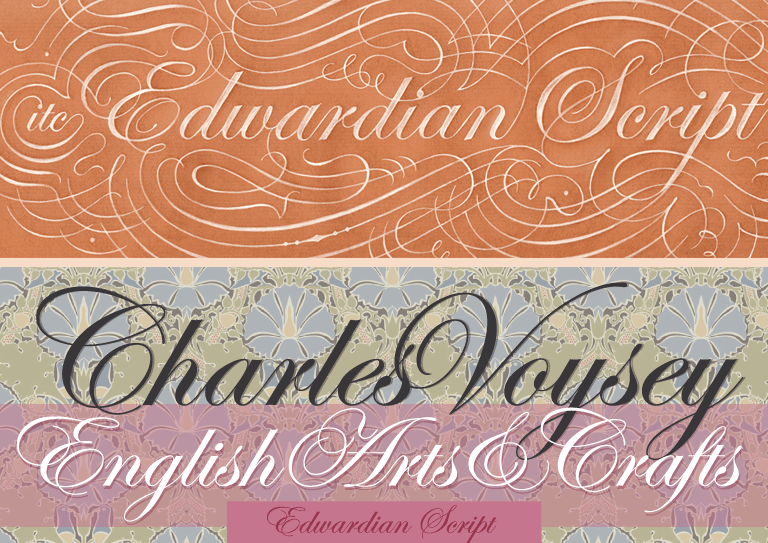 Edwardian Script is a formal calligraphic typeface designed by Edward Benguiat in 1994. Its appearance was influenced by the look of writing with a steel point pen, an instrument which can be pushed as well as pulled, and which produces stroke contrast when pressure upon it is varied. With varying stroke width and large number of complimentary glyphs, the typeface acquires a handwriting feel with the formality of a script.