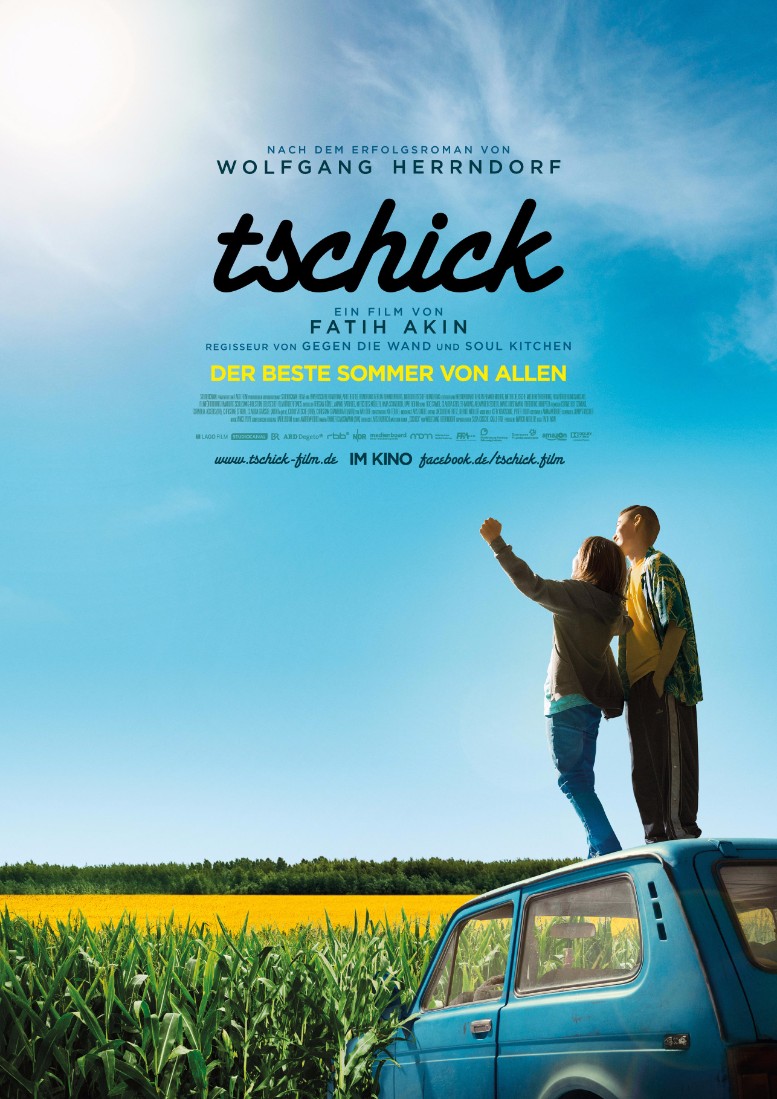 Tschick (Goodbye Berlin) is a German 2016 comedy film based on the novel Tschick (released as Why We Took the Car in English countries). The film deals with two teenage outsiders from Berlin who start an eccentric roadtrip through East Germany during the Summer holidays.

The film title in the poster features a connected script font, which is OPTI Santita published by Castcraft Software. You can download OPTI Sanita font for free here. All the OPTI’s fonts are no longer available for sale, they are now widely considered as abandoned or orphaned fonts. You can view a complete list of fonts here.

If you do not want to download and install the font but just like to create simple text logos using Tschick Font, just use the text generator below.

The following tool will convert your entered text into images using Tschick Font, you can then save the image or click on the EMBED button to get links to embed the image on the web. If you are not satisfied with the result, you may modify it further with our image tools.