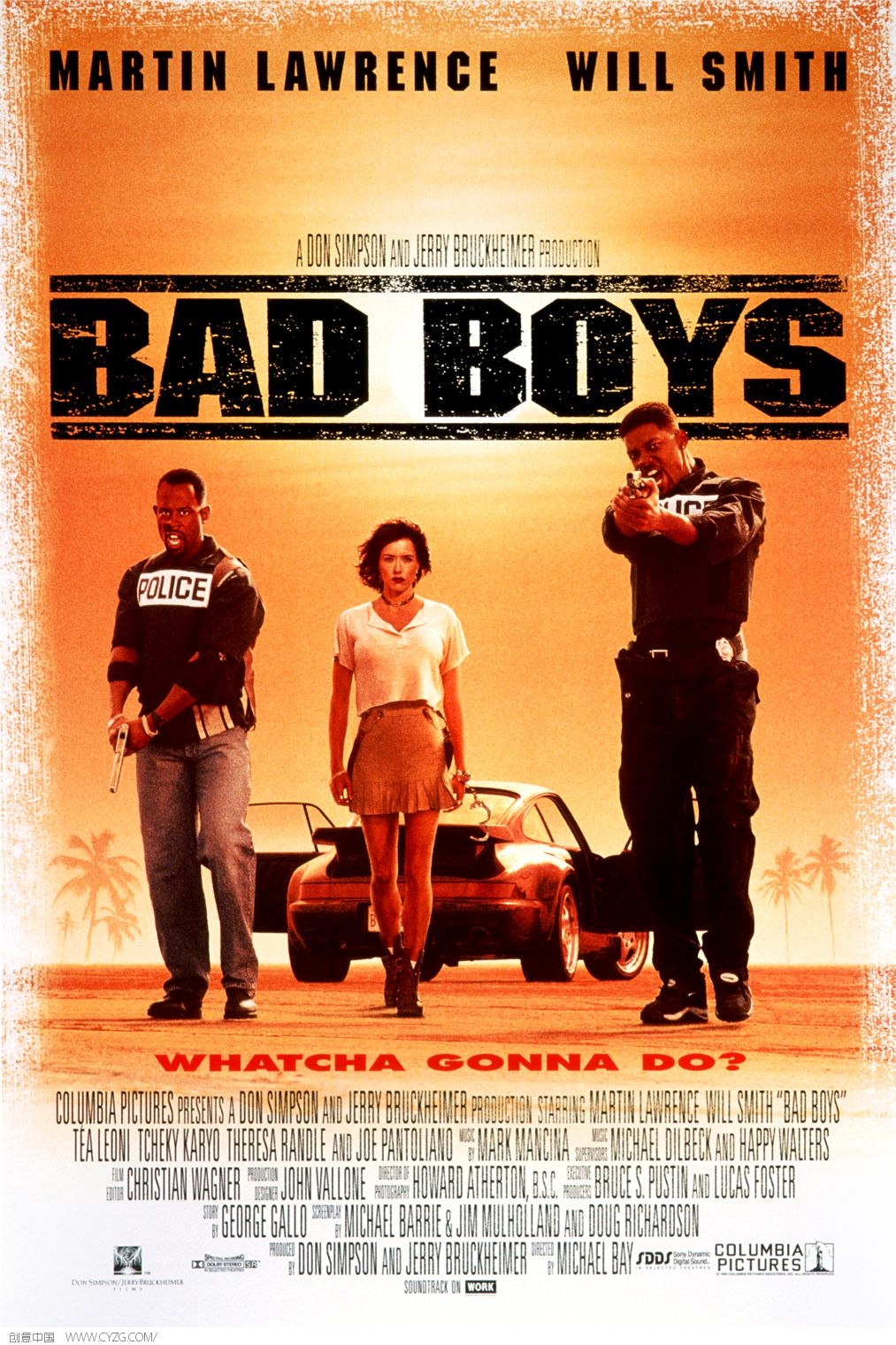 Bad Boys is a 1995 American action comedy film produced by Don Simpson and Jerry Bruckheimer, producers of Top Gun and Beverly Hills Cop, and directed by Michael Bay in his directorial debut.

The font used for the movie title in the poster is ITC Machine Bold, a square sans serif released in 1970. ITC Machine is a geometric display face ideal for headlines in packaging, T-shirts, or advertising, or for industrial applications like signage and newsletter headlines.

The ITC Machine font identified above is not available for free, please follow the link above and purchase the font. Meanwhile, you can take a look at our collection of fonts for cars, pop music and apparel as well as round-ups of new & fresh fonts around the web.

ITC Machine Typeface in Use