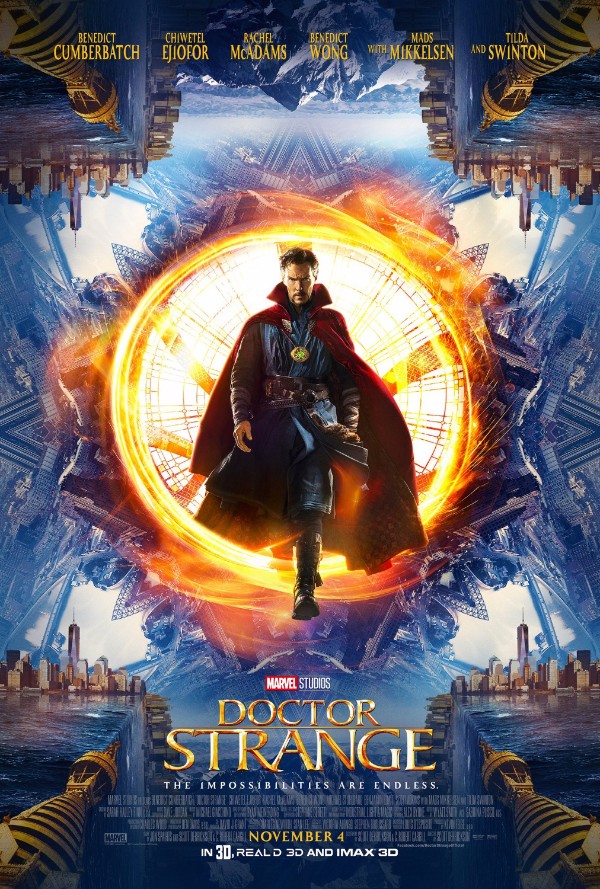 Doctor Strange is a 2016 American superhero film featuring the Marvel Comics character of the same name, produced by Marvel Studios and distributed by Walt Disney Studios Motion Pictures. In the film, surgeon Stephen Strange learns the mystic arts from the Ancient One after a career-ending car accident.

The font used for the film title in the poster is Baker Signet. American calligrapher Arthur Baker designed Baker Signet in 1965. The calligraphic style typeface features delicate broad strokes and fine triangular serifs. Baker Signet is a display typeface for headlines and logos.

You can follow the link above to buy a font license to download and use the identified font. To preview or create simple text logos using Doctor Strange Font, you can use the text generator below.

The following tool will let you create images from your custom text using Doctor Strange Font, after generating an image, you can download it or click on the EMBED button to get links to embed the image on the web.