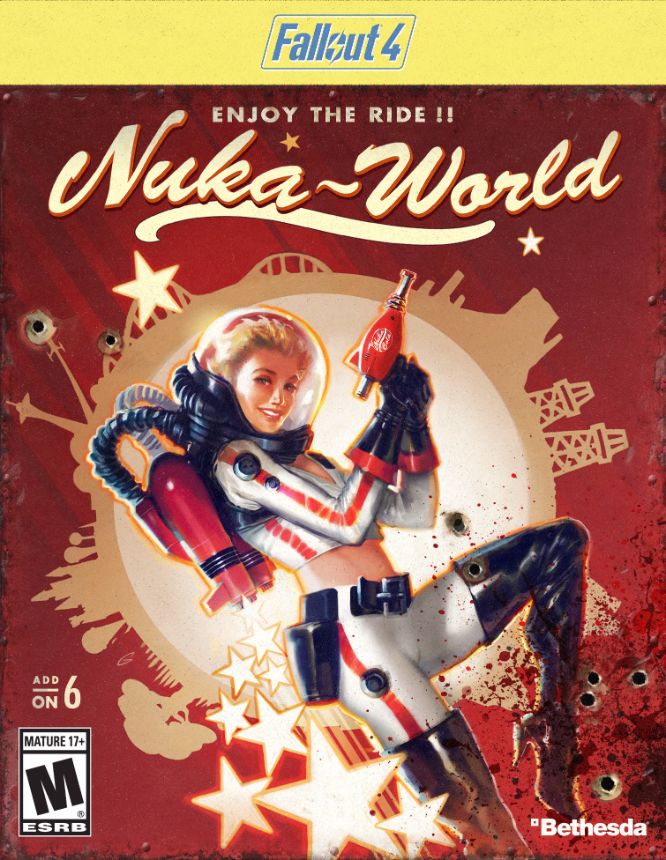 Fallout 4: Nuka-World is an expansion pack for the 2015 role-playing video game Fallout 4. It was developed by Bethesda Game Studios and released on August 30, 2016, for Microsoft Windows, PlayStation 4 and Xbox One.

The main part of the video game logo (Nuka-World part) was probably designed based on a casual script typeface named Brush Script, designed in 1942 by Robert E. Smith. For the Fallout logo, you may read our previous post about the original Fallout logo. For the tagline “Enjoy The Ride!!”, it is set in Futura Bold.

The Brush Script font identified above is not available for free, please follow the link above and purchase a font license to download and use the font. Meanwhile, you can take a look at our collection of fonts for cars, pop music and apparel as well as round-ups of new & fresh fonts around the web.

Brush Script Typeface in Use

In addition to Fallout 4 Nuka-World, Brush Script typeface is also used in the following logos, movie posters or album covers, etc., including: The New Classic.