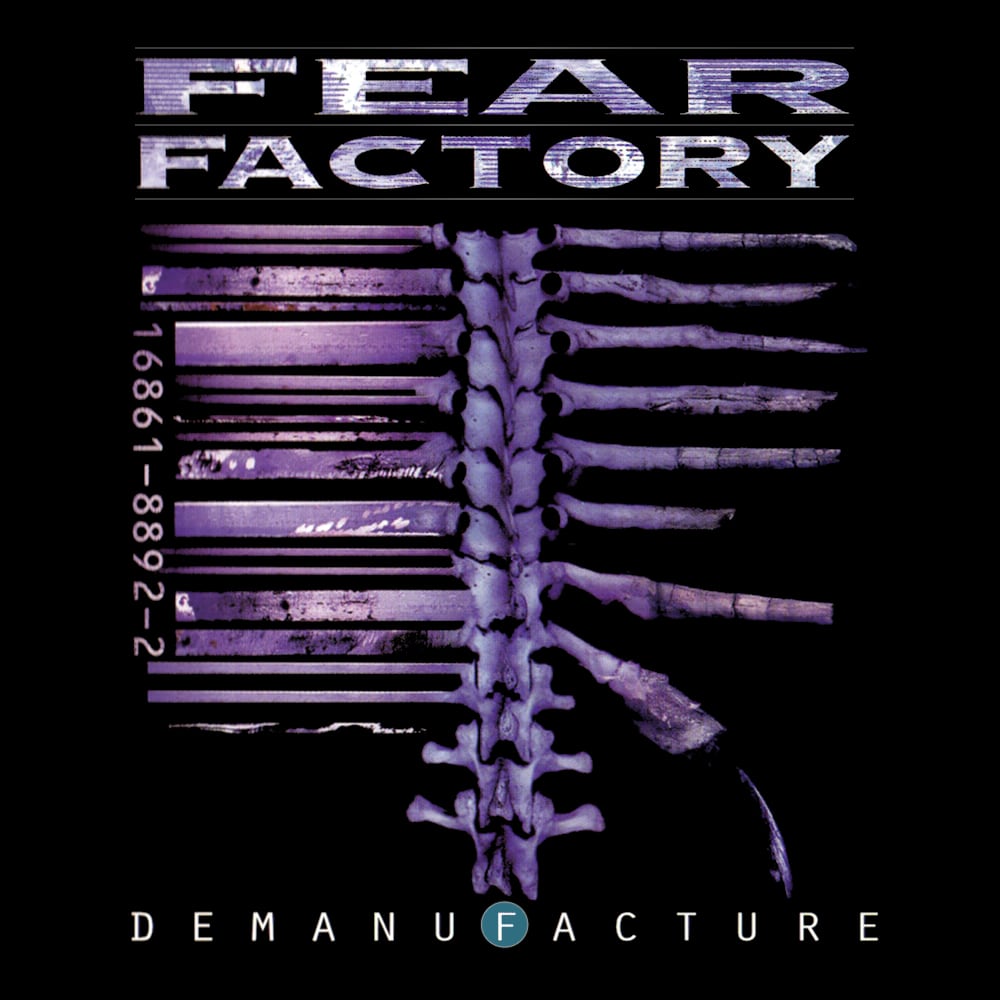 Fear Factory is an American metal band that was formed in 1989 and as of 2015, it has released nine full-length albums and has evolved through a succession of styles, including industrial metal, death metal, groove metal, and thrash metal.

The above is the cover artwork of their second studio album, Demanufacture, released on June 13, 1995 by Roadrunner Records. The font used for the band name on the cover is Copperplate Gothic. The album title at the bottom uses a monospaced typeface named Orator, designed for IBM typewriters by John Scheppler. The current logo of the band, as shown below and used by the band throughout its official website, latest releases etc., is also designed based on Copperplate Gothic.