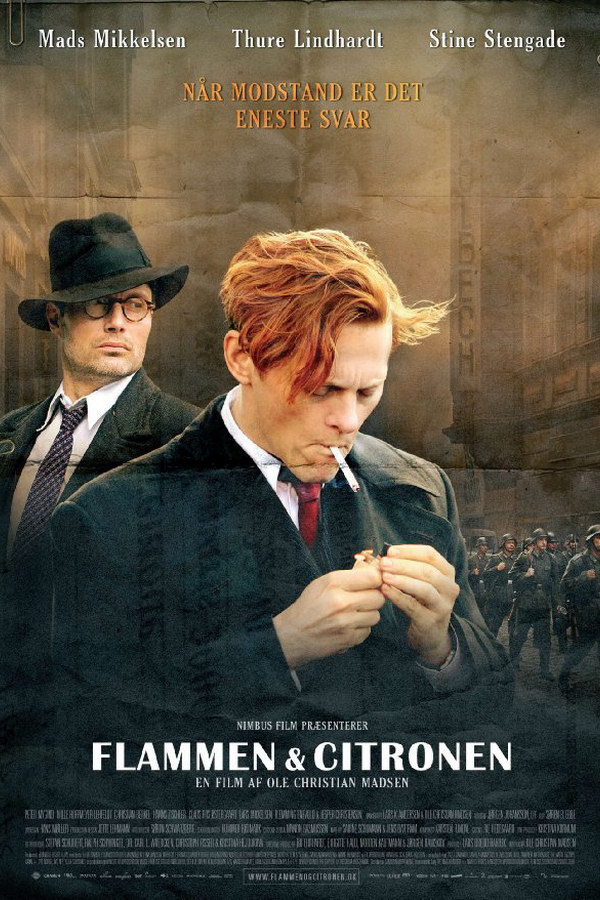 Flame & Citron font here refers to the font used in the poster of Flame & Citron, or Flammen & Citronen (Danish), which is a 2008 Danish drama movie about two Danish resistance movement fighters during the Nazi occupation of Denmark.

The font used for the movie title in the poster is probably Britannic Bold produced by Stephenson Blake, a British type foundry active from the 19th century to the 1990s. The font is a commercial one and more details about it can be found here.

The Britannic font identified above is not available for free, please follow the link above and purchase a font license to download and use the font. Meanwhile, you can take a look at our collection of fonts for cars, pop music and apparel as well as round-ups of new & fresh fonts around the web.

Britannic Typeface in Use

In addition to Flame & Citron, Britannic typeface is also used in the following logos, movie posters or album covers, etc., including: Stand by Me Doraemon, Unforgivable, Exporting Raymond, Die Another Day, Flawless.