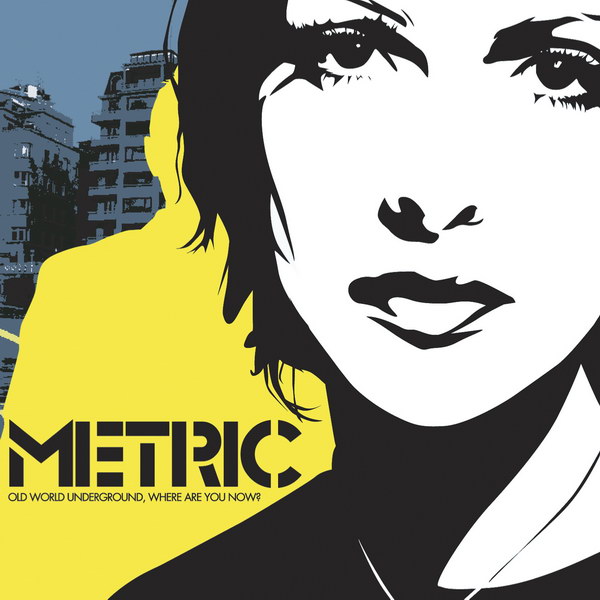 Metric font here refer to the font used in the album covers of Metric, which is a Canadian indie rock and new wave band formed in 1998, consisting members of Emily Haines, James Shaw, Joshua Winstead and Joules Scott-Key.

For most of their album covers, including Old World Underground, Where Are You Now?, Live It Out, Grow Up and Blow Away, Fantasies etc, the band name was designed in stencil lettering, resembling a font named Glaser Stencil D designed by Milton Glaser. The font is a commercial one and you can view more details about it here.

The Glaser Stencil font identified above is not available for free, please follow the link above and purchase a font license to download and use the font. Meanwhile, you can take a look at our collection of fonts for cars, pop music and apparel as well as round-ups of new & fresh fonts around the web.

Glaser Stencil Typeface in Use

In addition to Metric, Glaser Stencil typeface is also used in the following logos, movie posters or album covers, etc., including: Buster.