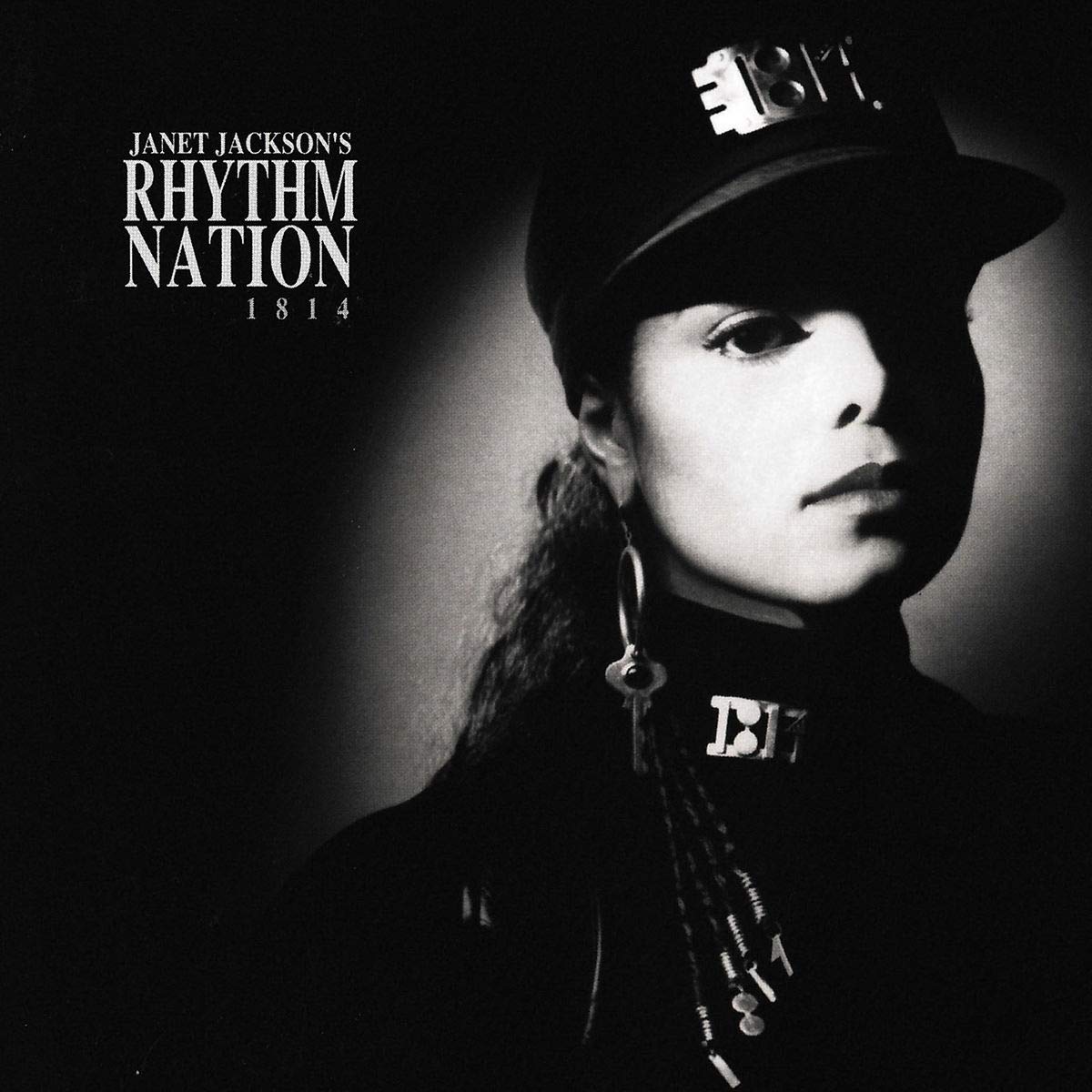 The font used for the album title looks like manually condensed version of Times New Roman Bold Condensed. Created by Stanley Morison and Victor Lardent and released in 1931, Times New Roman is a transitional serif typeface designed for use in body text.

The Times New Roman font identified above is not available for free, please follow the link above and purchase the font. Meanwhile, you can take a look at our collection of fonts for cars, pop music and apparel as well as round-ups of new & fresh fonts around the web.

In addition to Rhythm Nation 1814, Times New Roman typeface is also used in the following logos, movie posters or album covers etc., including: The Pursuit of Happyness, Return of the Jedi, Guess, AirTran Airways, Amour, The Blind Side.