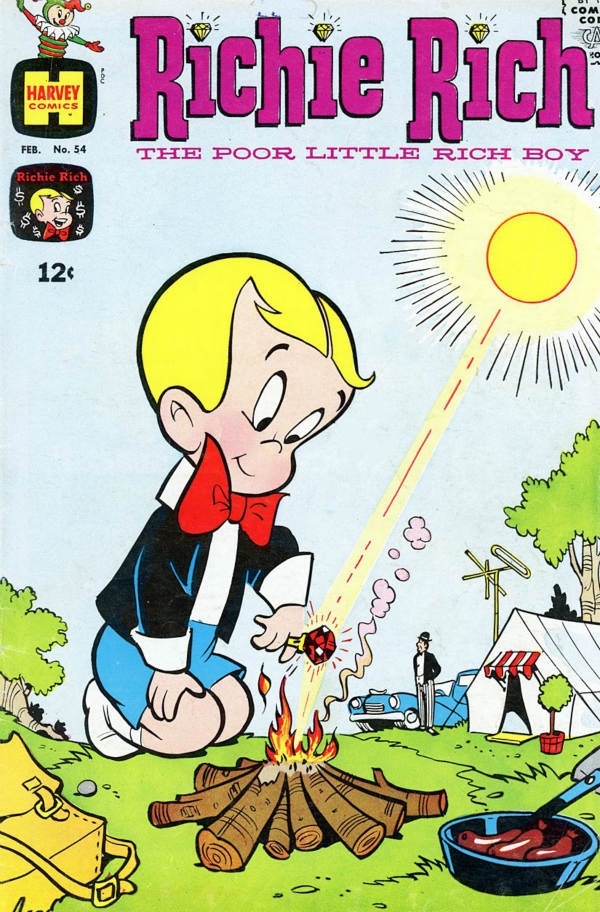 Richie Rich is a fictional character in the Harvey Comics universe. He debuted in Little Dot #1, cover-dated September 1953, and was created by Alfred Harvey and Warren Kremer.

The above is the cover artwork of RICHIE RICH #54 released in February 1967. The font used for the Richie Rich logo in the cover is very similar to City BQ Bold, a slab serif designed in 1930 by German type designer Georg Trump. You can view more details and preview the font here.

The City font identified above is not available for free, please follow the link above and purchase a font license to download and use the font. Meanwhile, you can take a look at our collection of fonts for cars, pop music and apparel as well as round-ups of new & fresh fonts around the web.

tags: serif, free for commercial use
Fjord One

tags: decorative, free for commercial use
A star is born