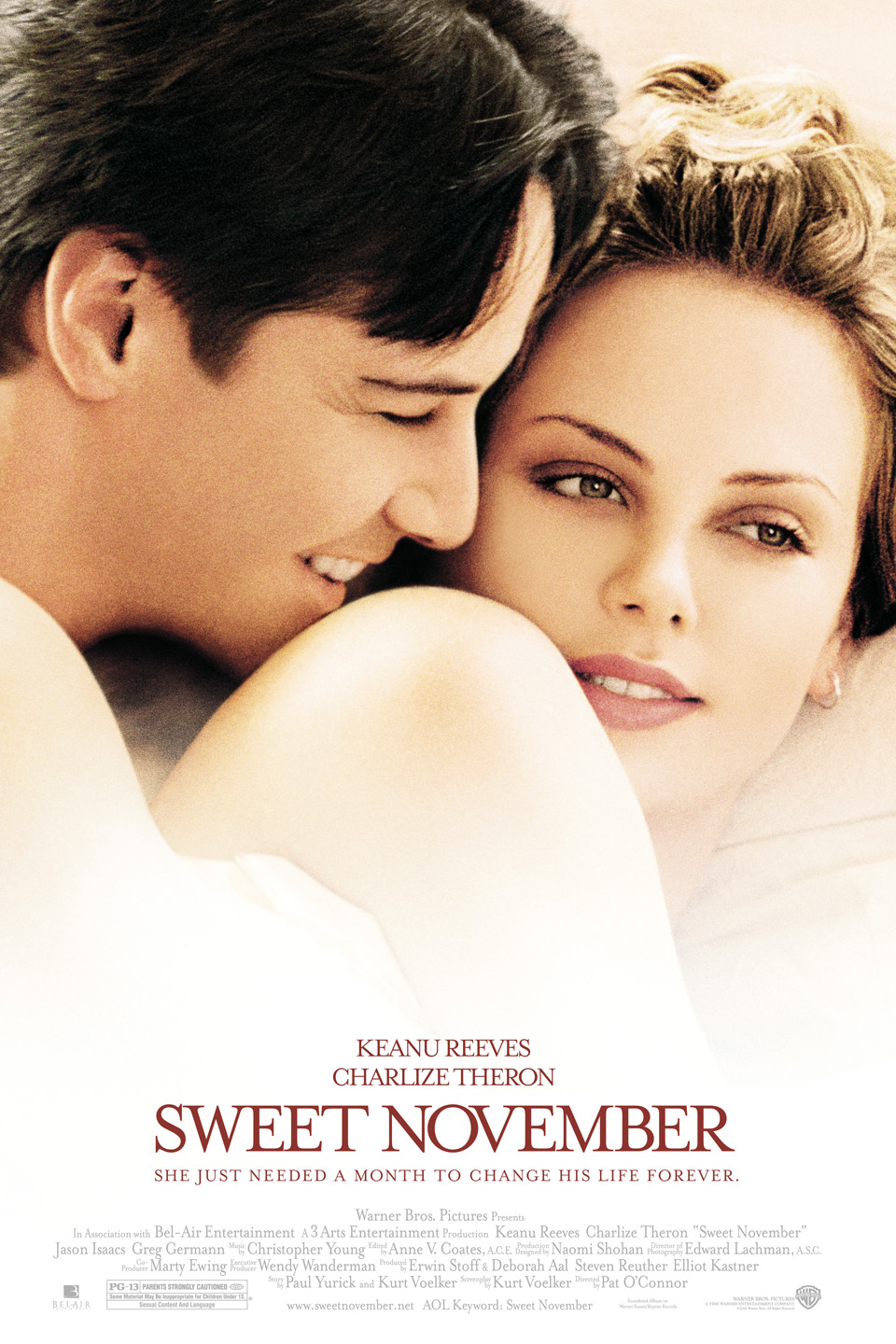 Sweet November is a 2001 romantic drama film directed by Pat O’Connor and starring Keanu Reeves and Charlize Theron. It is a remake of the 1968 film of the same name.

The font used for the film title on the poster is Mrs Eaves Roman. Mrs Eaves is a transitional serif typeface designed by Zuzana Licko and released by Emigre. It is a variant of Baskerville and is named after Sarah Eaves, the woman who became John Baskerville’s wife.

The Mrs Eaves font identified above is not available for free, please follow the link above and purchase a font license to download and use the font. Meanwhile, you can take a look at our collection of fonts for cars, pop music and apparel as well as round-ups of new & fresh fonts around the web.

Mrs Eaves Typeface in Use

In addition to Sweet November (film), Mrs Eaves typeface is also used in the following logos, movie posters or album covers, etc., including: Vineyard Vines, Barnes & Noble, A Head Full of Dreams Tour, Reach Out, The Prince of Mist, The Lumineers, Inquisition Symphony, WordPress, Cast Away.