About The Den Font 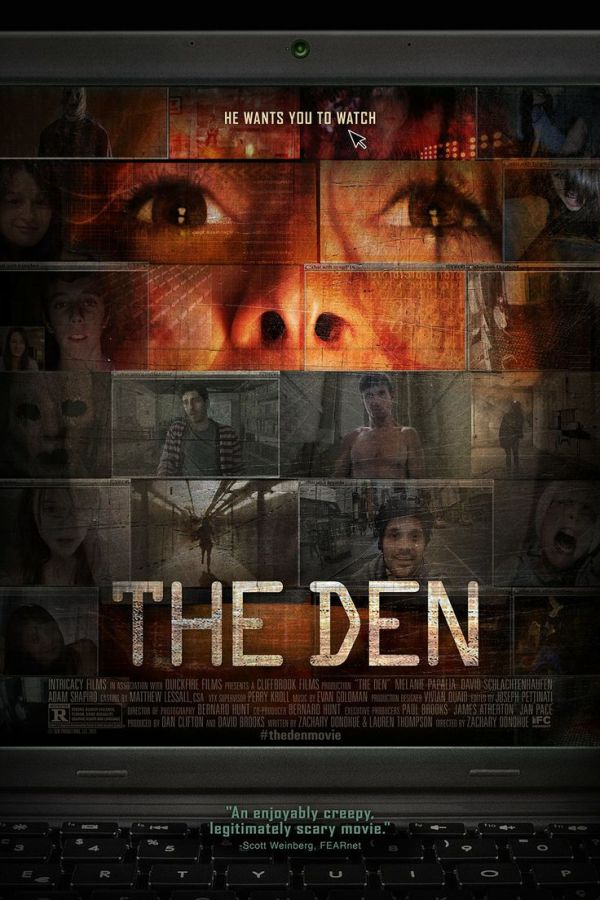 The Den font here refers to the font used in the poster of The Den (initially released in Russia as смерть в сети, Death Online), which is a 2013 found footage movie by Zachary Donohue.

The font used for the movie title in the poster is OCR-A, which was produced by American Type Founders in 1968 and one of the first optical character recognition typefaces to meet the criteria set by the U.S. Bureau of Standards. More details about it can be found here.

The OCR-A font identified above is not available for free, please follow the link above and purchase a font license to download and use the font. Meanwhile, you can take a look at our collection of fonts for cars, pop music and apparel as well as round-ups of new & fresh fonts around the web.

OCR-A Typeface in Use

In addition to The Den, OCR-A typeface is also used in the following logos, movie posters or album covers, etc., including: Disturbia, 13 Hours (film), The Pretender, Fuse.