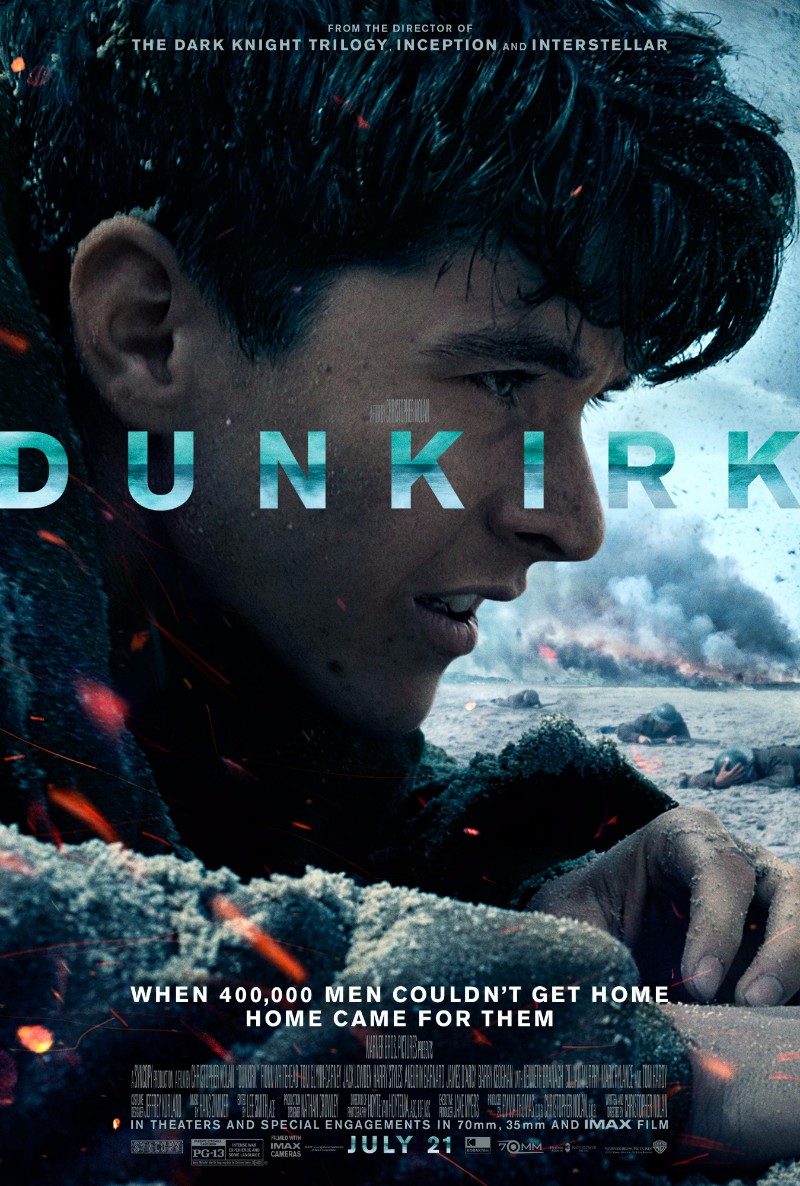 Dunkirk is a 2017 war film written and directed by Christopher Nolan. The film is about the Dunkirk evacuation, the evacuation of Allied soldiers from the beaches and harbour of Dunkirk, France, between 26 May and 4 June 1940, during World War II.

The font used for the film title in the poster is Akzidenz Grotesk Bold, a grotesque sans serif typeface originally released by the Berthold Type Foundry of Berlin.