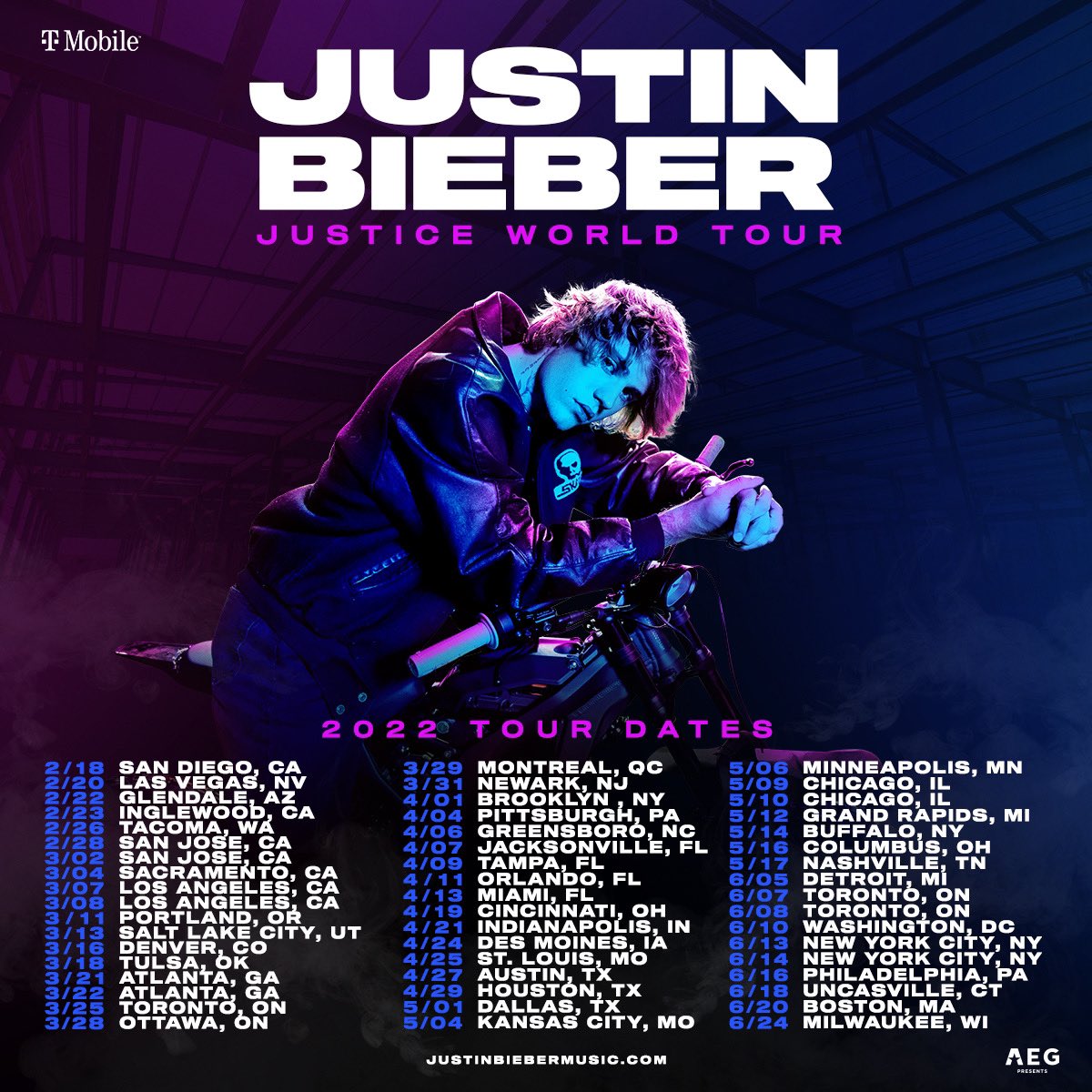 The Justice World Tour is the fourth concert tour by Canadian singer Justin Bieber. The tour is in support of his fifth and sixth studio albums, Changes (2020) and Justice (2021).

The font setting the text on the poster looks like Sequel 100 Black. Sequel 100 Black is a neo-grotesque sans serif font family created by Oliver Jeschke, available in 8 weights with oblique styles plus 2 variable fonts.

The Sequel 100 Black font identified above is not available for free, please follow the link above and purchase a font license to download and use the font. Meanwhile, you can take a look at our collection of fonts for cars, pop music and apparel as well as round-ups of new & fresh fonts around the web.

Sequel 100 Black Typeface in Use

In addition to Justice World Tour, It seems we can’t find other notable examples of Sequel 100 Black typeface in use.