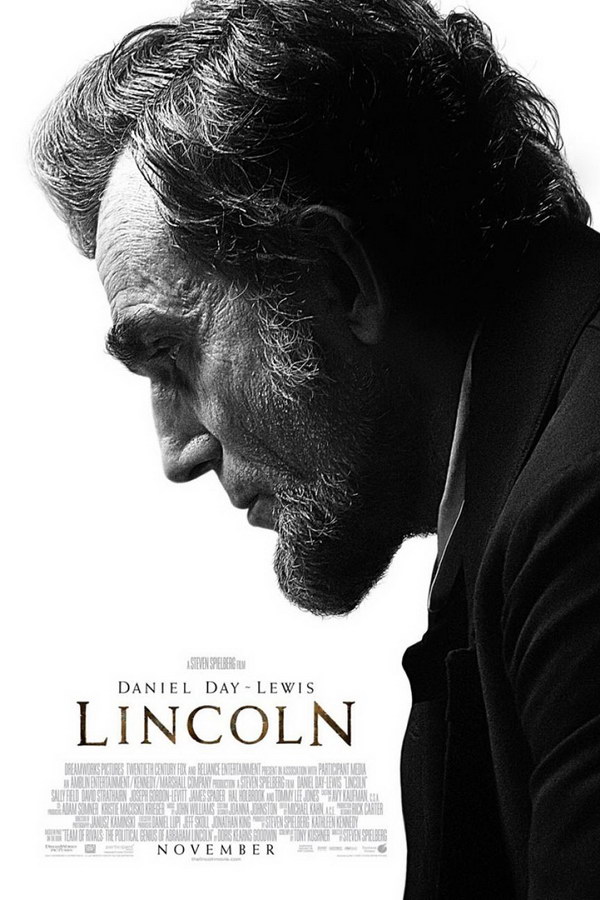 Lincoln font here refers to the font used in the poster title of Lincoln, which is an American historical drama film released in 2012, centering on the President’s efforts to have the Thirteenth Amendment to the United States Constitution passed by the House of Representatives.

The font used for the movie title in the poster is very similar to Trajan Regular, a commercial font designed by Carol Twombly in 1989, you can view more details and purchase the font here.