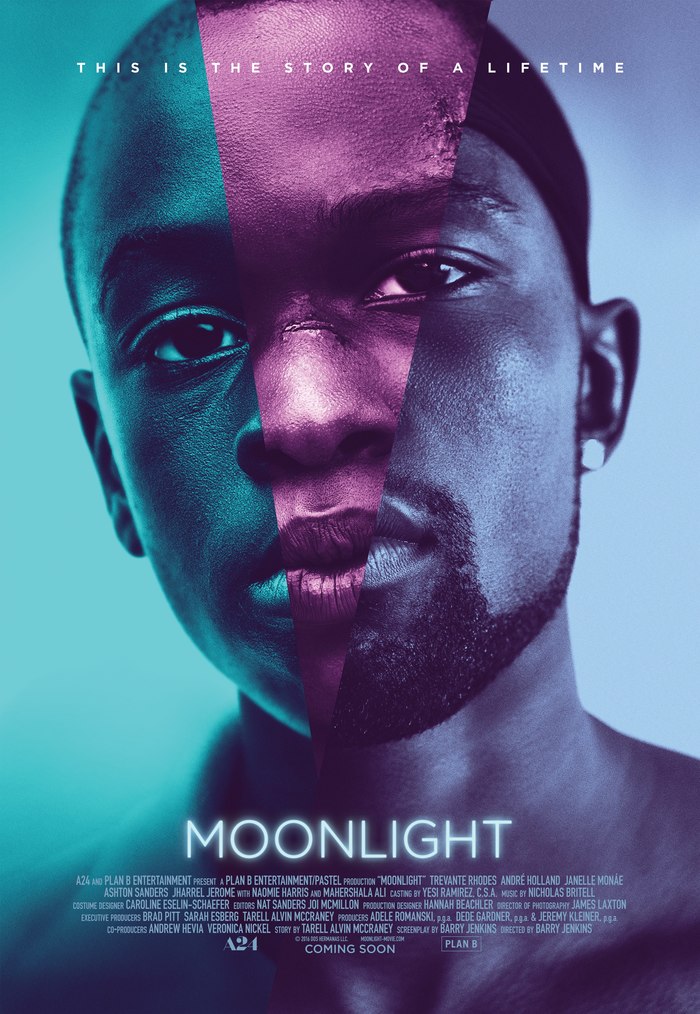 The film title in the poster uses the font Gotham Light, with a glowing effect. Gotham is a geometric sans serif font family designed by American type designer Tobias Frere-Jones in 2000. You can view more details and uses of Gotham typeface here.