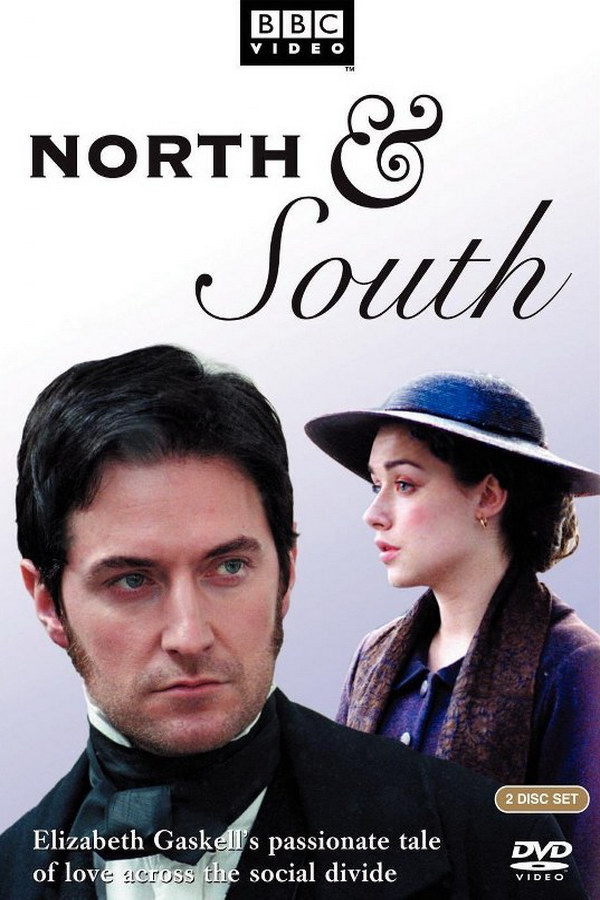 North & South is a British television drama series that follows the story of Margaret Hale, a young woman from southern England who has to move to the North after her father decides to leave the clergy.

The title of the TV series is a combination of three typefaces, with the “North” set in Copperplate Gothic Thirty-Three BC, the “&” set in Caslon 540 Italic and the “South” set in Snell Roundhand Script.