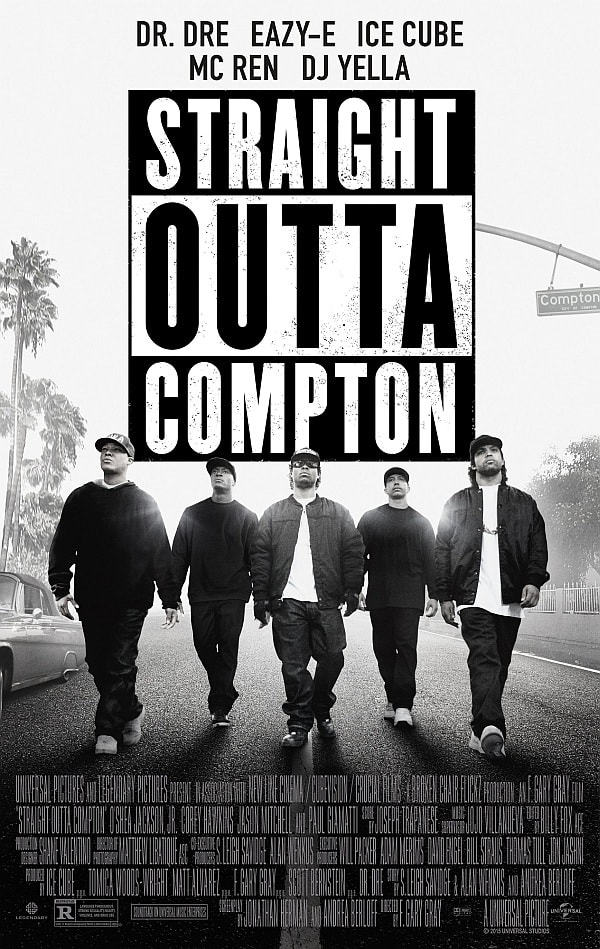 Straight Outta Compton is an American biographical drama film directed by F. Gary Gray. The film revolves around the rise and fall of the Compton, California hip hop group N.W.A. The film’s title is borrowed from the title of N.W.A’s 1988 debut studio album.

The font used for the film title in the poster is Champion Gothic Featherweight, a sans serif font created by Hoefler & Co. and inspired by the American woodtypes of the late nineteenth century. You can view more details about it on typography.com.

Update: you can now create a straight outta logo by using our Straight Outta logo generator, click here and start creating one.

In addition to Straight Outta Compton, Champion Gothic typeface is also used in the following logos, movie posters or album covers, etc., including: Fine Line (album), Messengers, Made in the A.M., Take This to Your Grave, Parks and Recreation, Lights Up, Tourist History, The Handmaid’s Tale, Darkest Hour.