About The King of Comedy Font 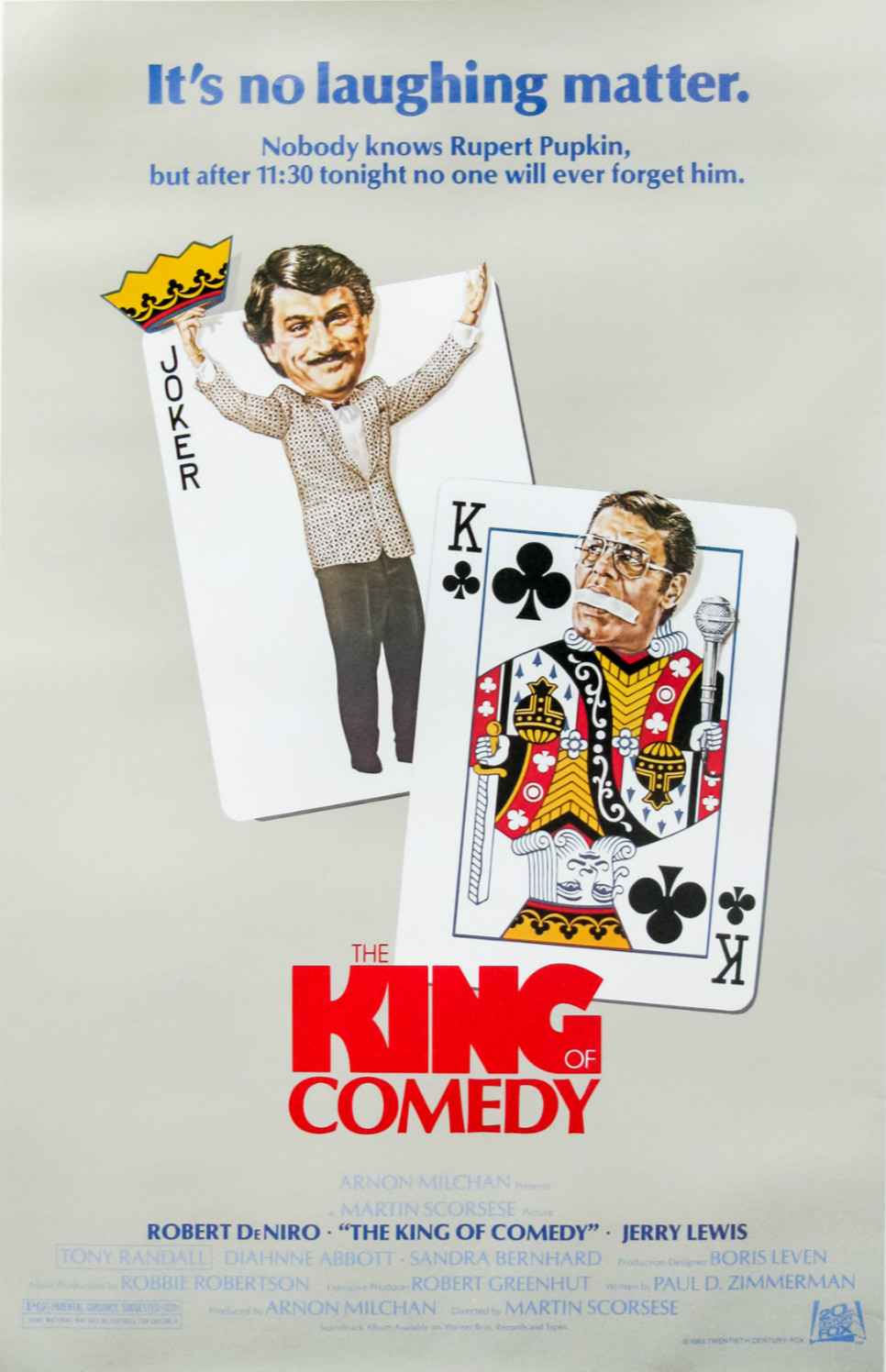 The King of Comedy is a 1982 American satirical black comedy film directed by Martin Scorsese. The film focuses on themes including celebrity worship and American media culture.

The “KING” uses Gill Sans Condensed UltraBold. The smaller “THE” and “OF” are probably Avant Garde Gothic, which was used with Gill Sans in the title sequence. Optima is used for the “COMEDY” and other text on the poster.

The Gill Sans Optima font identified above is not available for free, please follow the link above and purchase a font license to download and use the font. Meanwhile, you can take a look at our collection of fonts for cars, pop music and apparel as well as round-ups of new & fresh fonts around the web.