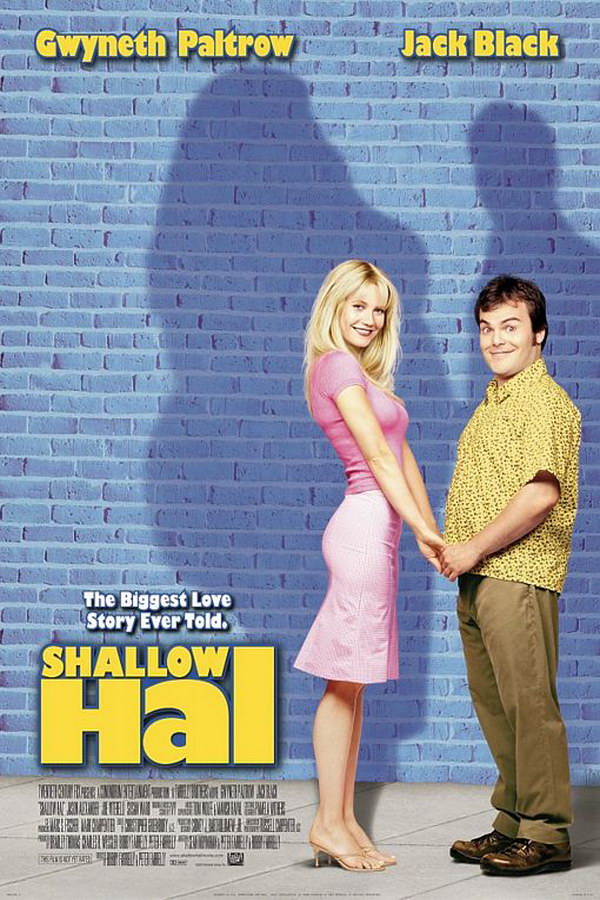 Shallow Hal is a 2001 romantic comedy movie directed by the Farrelly brothers.

The font used for the movie title on the poster is probably Gill Sans Ultra Bold. Designed by Eric Gill in the late of 1920s, Gill Sans is based on the typeface Edward Johnston created for London Underground, Johnston, which Gill had worked on while apprenticed to Johnston. More details about the typeface can be found here.