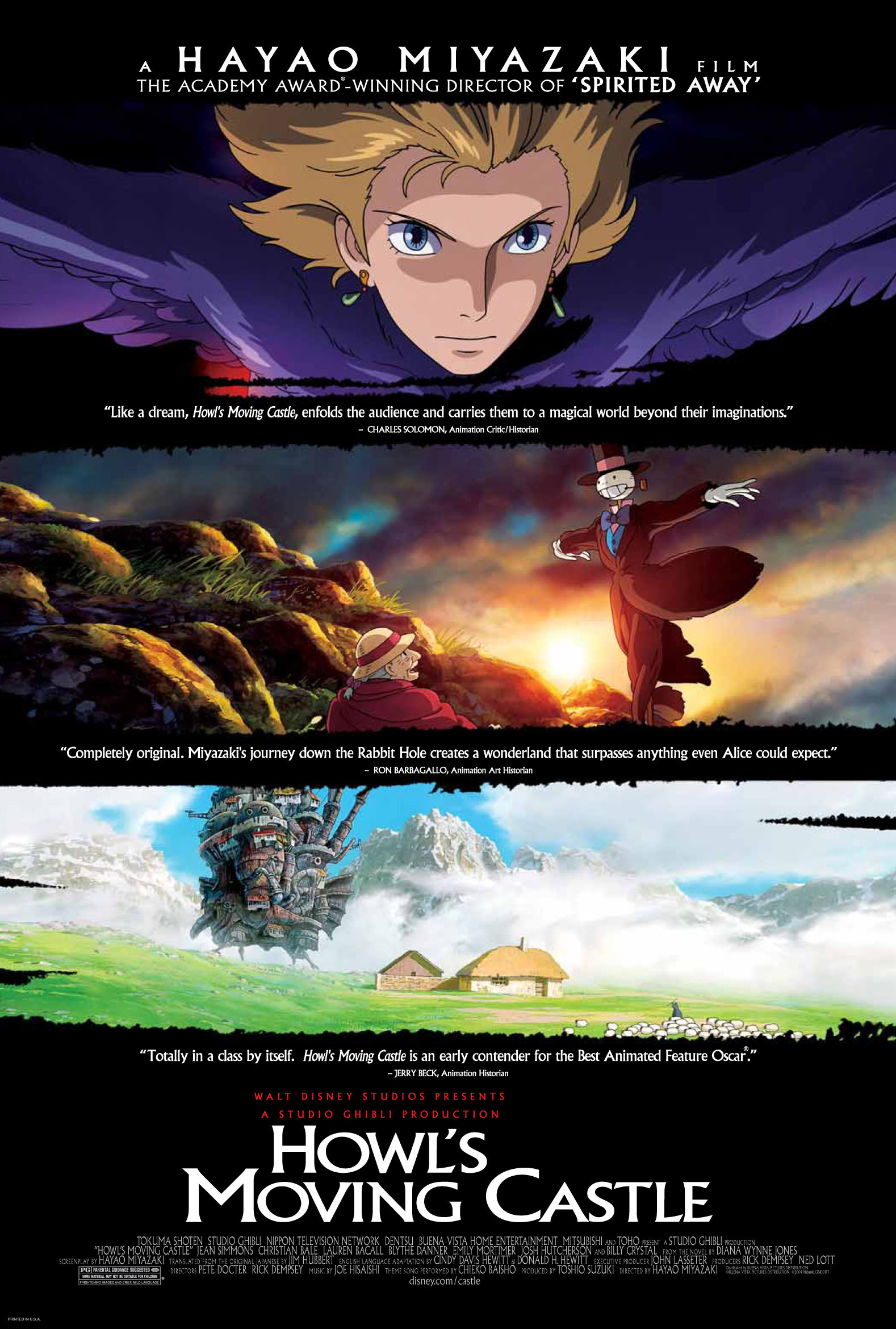 Howl’s Moving Castle is a 2004 Japanese animated fantasy film scripted and directed by Hayao Miyazaki. The film is based on the novel of the same name by British writer Diana Wynne Jones.

The above is the English version of the poster and the font used for the film title as well as other text is Albertus. Designed by Berthold Wolpe in the period 1932 to 1940 for the Monotype Corporation type foundry, Albertus is a glyphic, serif typeface named after Albertus Magnus, the thirteenth-century German philosopher and theologian. You can view more details about it here.