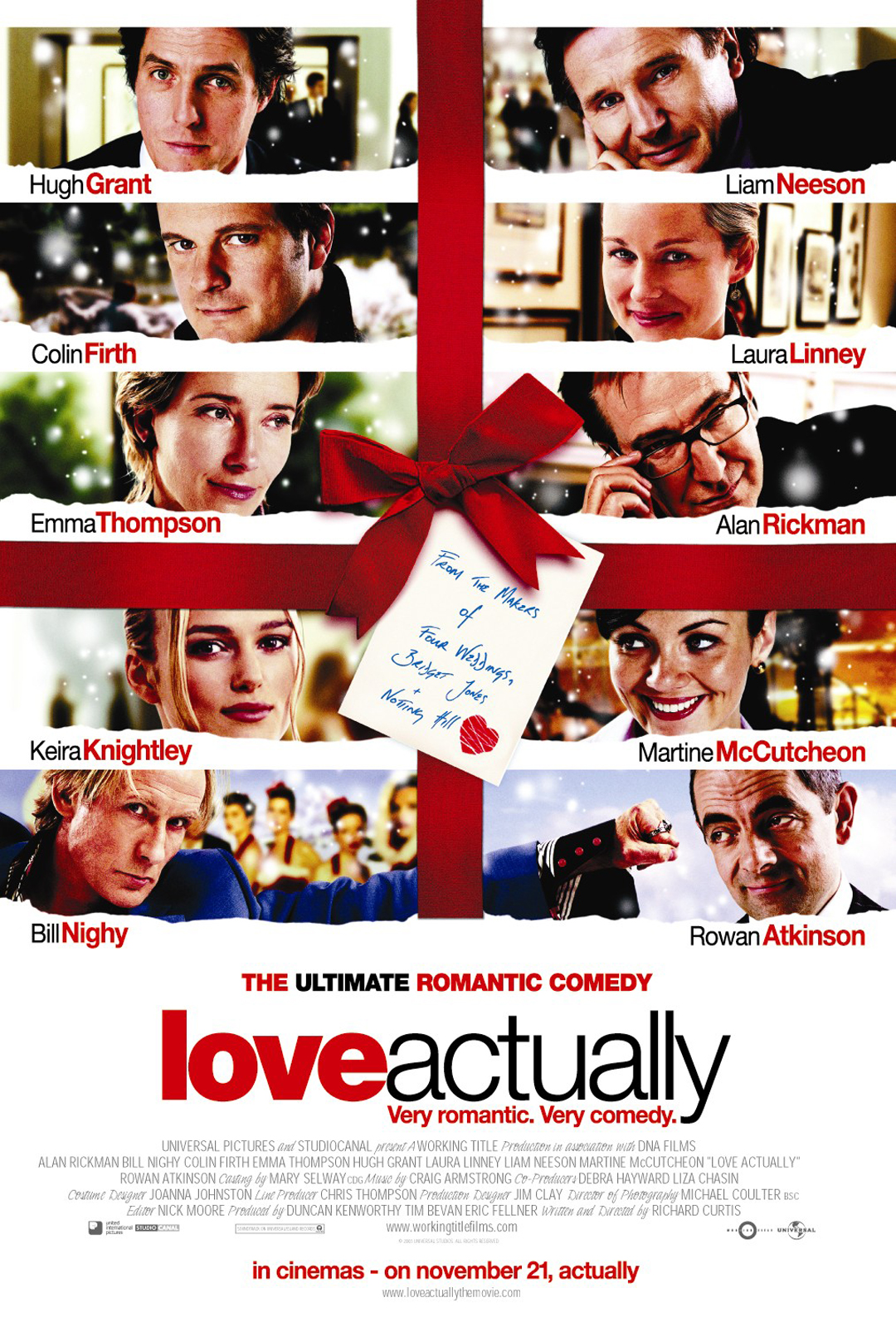 Love Actually is a 2003 Christmas-themed romantic comedy film, which follows the lives of several couples in dealing with their love lives in various tales all set during a frantic month before Christmas in London.

The film title in the poster is set in Helvetica, with “Love” in Helvetica Black and “Actually” in Helvetica Light. Helvetica is a grotesque sans-serif typeface designed by Max Miedinger. It was originally released through the Haas Type Foundry in 1957.