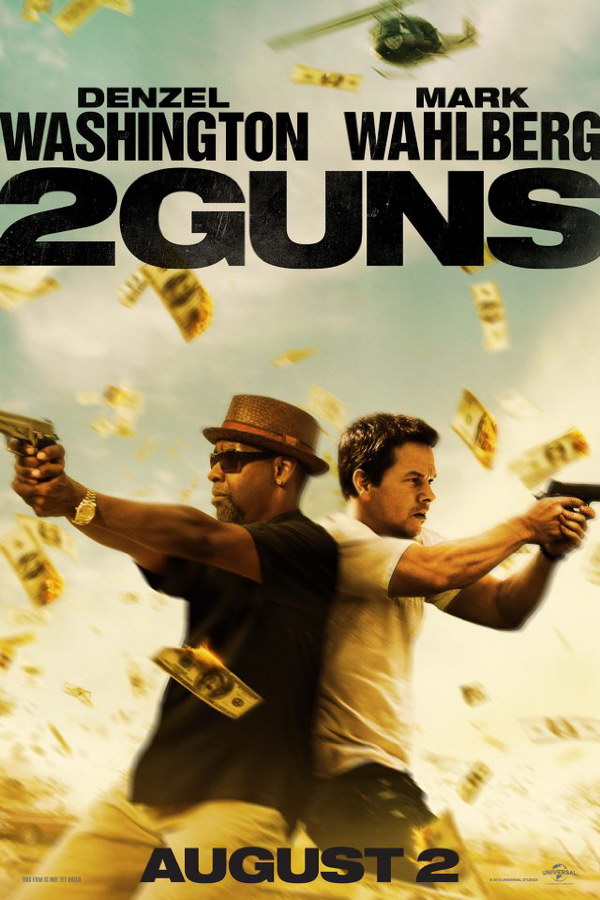 2 Guns font here refers to the font used in the poster of 2 Guns, which is a 2013 American action comedy movie based on the graphic novel series of the same name by Steven Grant.

The font used for the movie title in the poster is probably Helvetica Neue Pro Ext Black. Helvetica Neue is a re-working of the design Helvetica drawn by Max Miedinger in 1957, now consisting of 51 different font weights. More details about the typeface can be found here.

In addition to 2 Guns, Helvetica typeface is also used in the following logos, movie posters or album covers, etc., including: Prototype, Crate & Barrel, American Apparel, First Take, This Is 40, Gossip Girl, Get What You Give, Bernie, Vetements Logo, Dirt: Showdown, Funimation Logo, Five Guys Logo, Into the Storm, Fendi, The Cove.