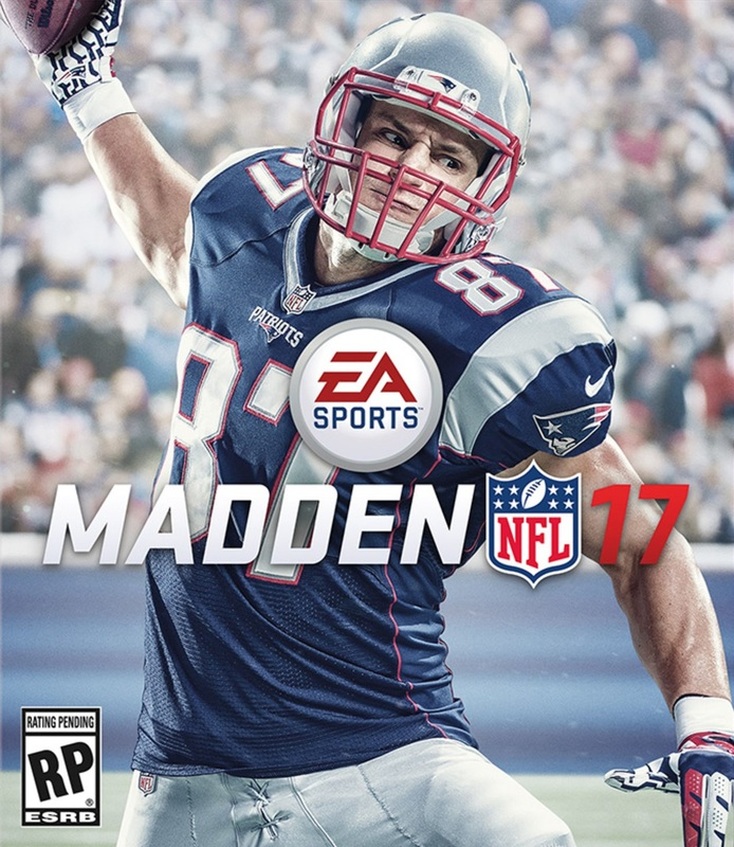 Madden NFL 17 is an American football sports video game based on the National Football League and published by EA Sports for the Playstation 4, Playstation 3, Xbox One and Xbox 360. The game features New England Patriots tight end Rob Gronkowski on the cover.

The font used for the game title on the cover looks like Stratum 2 Black (manually italicized). Stratum designed by Eric Olson consists of Stratum 1 and stratum 2, with a total of 12 weights. The difference between the Stratum 1 and 2 is that Stratum 1 features angled terminations on the lowercase letters while the Stratum 2 has flat ones for a uniform feel.

The Stratum font identified above is not available for free, please follow the link above and purchase a font license to download and use the font. Meanwhile, you can take a look at our collection of fonts for cars, pop music and apparel as well as round-ups of new & fresh fonts around the web.

Stratum Typeface in Use

In addition to Madden NFL 17, Stratum typeface is also used in the following logos, movie posters or album covers, etc., including: NBA Live 16, Driveclub, All the Old Knives.

tags: monospaced, free for commercial use
Yes Yes No