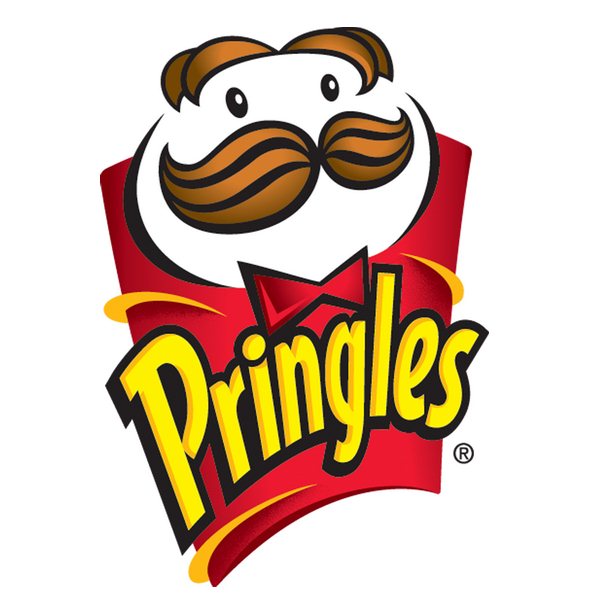 Pringles is an American brand of potato and wheat-based stackable snack chips. The snack was originally developed by Procter & Gamble (P&G) and then it was sold to Kellogg’s in 2012.

The logo of Pringles has undergone several modifications and the one in use now features a stylized cartoon caricature of the head of a male figure with a large mustache, a red bow and parted bangs, known as “Julius Pringles” designed by Louis R. Dixon. Beneath the figure is the tilted lettering of “Pringles” in yellow. A font called Bodega Sans Medium designed by Greg Thompson is very similar to the lettering. Bodega Sans a commercial font and can be purchased here.