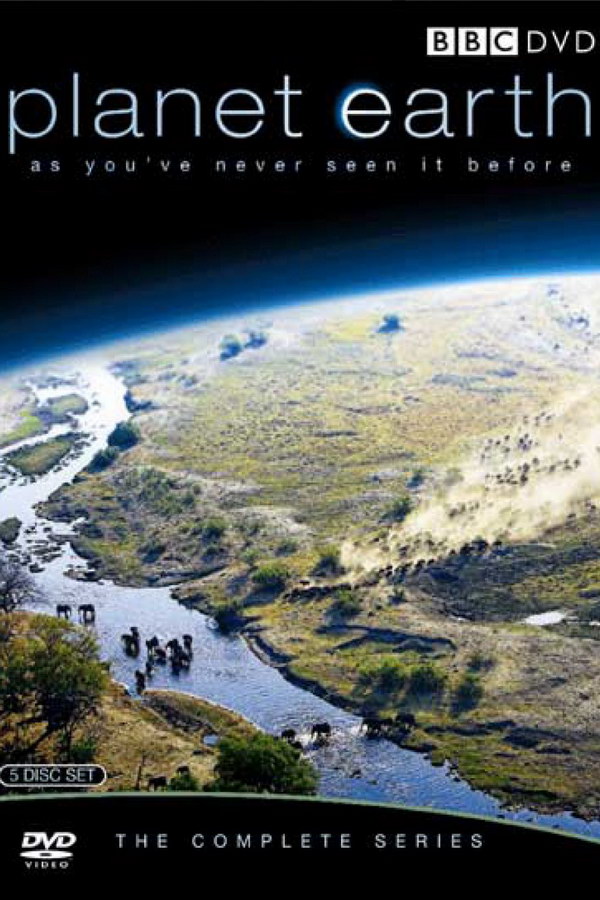 Planet Earth font here refers to the font used in the title of Planet Earth, which is a 2006 television series produced by the BBC Natural History Unit.

The font used for the title of the TV series is probably Helvetica Neue Pro Ext Thin. The font is a commercial one and you can purchase and download it here.