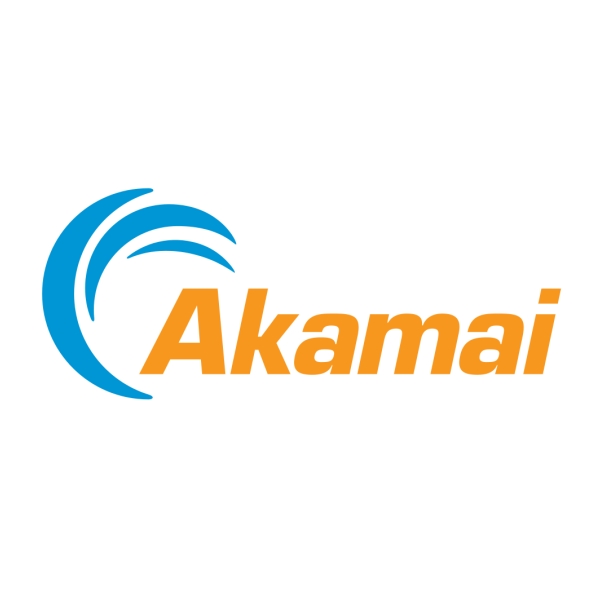 Akamai font here refers to the font used in the logo of Akamai Technologies, which is an Internet content delivery network headquartered in Cambridge, Massachusetts.

The font used for the logo of the company is probably Eurostile Bold Oblique. The font is a commercial one and you can view more details about it here.

tags: free for commercial use
Stormy