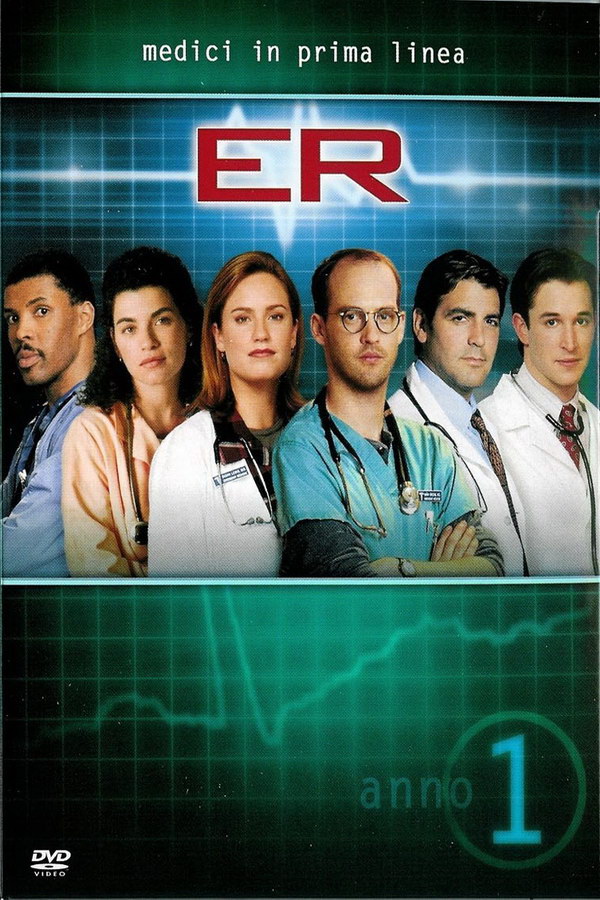 ER font here refers to the font used in the title of ER, which is an American medical drama television series first aired on NBC in 1994. The TV series centers on the inner life of the emergency room(ER) in a hospital and various critical issues there.

The font used for the title of the show is probably Bank Gothic Medium designed by Morris Fuller Benton. The font is a commercial one and you can view more details about it here.