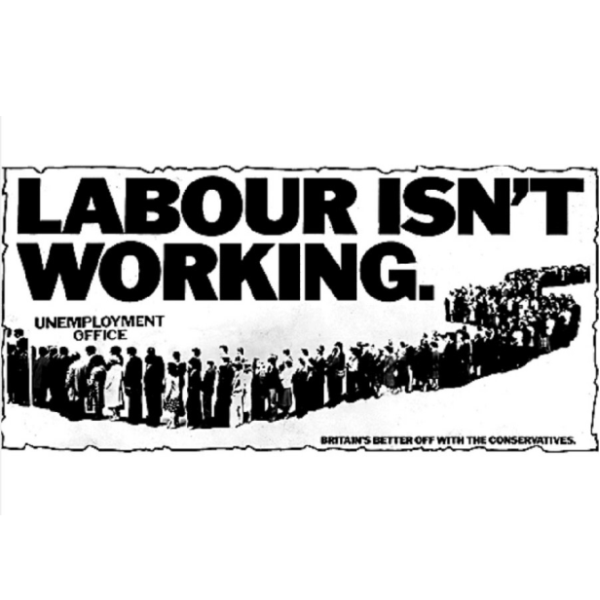 Labour Isn’t Working was an advertising campaign in the UK, run by the Conservative Party during the run-up to the 1979 general election.

The font used for the slogn “Labour Isn’t Working” is probably Franklin Gothic Roman designed by Morris Fuller Benton in 1902 for ATF. More details about the font can be found here.

tags: free for commercial use
Has Bodoni Scribbled