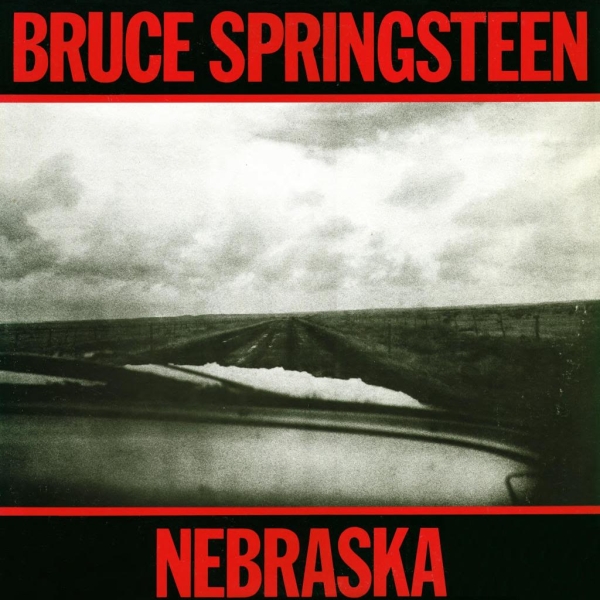 Nebraska font here refers to the font used in the cover artwork of Nebraska, which is the sixth studio album by the American singer Bruce Springsteen.

The album title as well as the singer name on the cover features a grotesque sans serif font, which is probably Franklin Gothic Extra Condensed originally designed by Morris Fuller Benton in 1902. View more details about this typeface here.