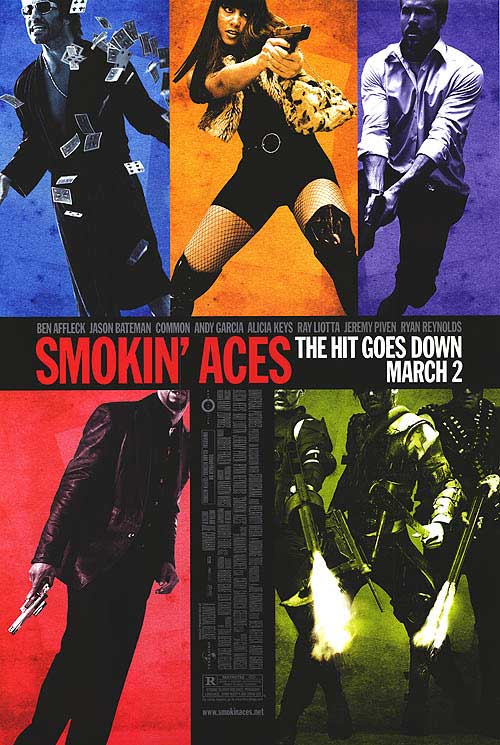 Smokin’ Aces is a 2006 British-American action-crime film written and directed by Joe Carnahan. It stars Jeremy Piven as a Las Vegas Strip magician turned mafia informant and Ryan Reynolds as the FBI agent assigned to protect him.