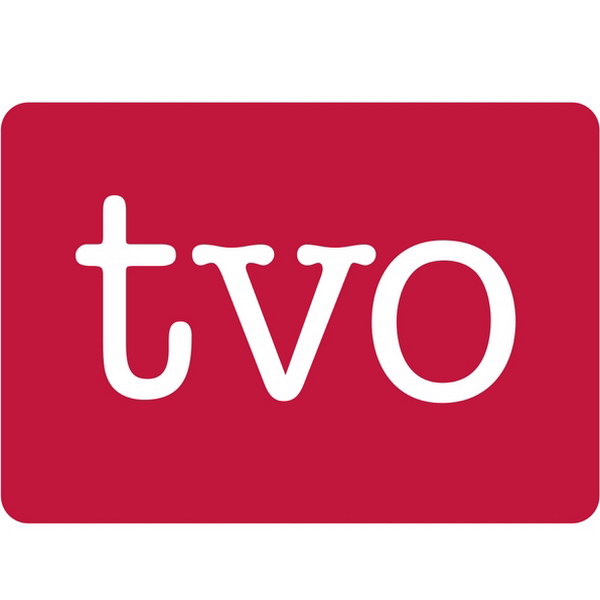 The font used in the logo of TVO is probably American Typewriter Medium designed by Joel Kaden and Tony Stan in 1974. The font is a commercial one and you can view more details about it here.

The American Typewriter font identified above is not available for free, please follow the link above and purchase the font. Meanwhile, you can take a look at our collection of fonts for cars, pop music and apparel as well as round-ups of new & fresh fonts around the web.

In addition to TVO, American Typewriter typeface is also used in the following logos, movie posters or album covers etc., including: You’ve Been Trumped, The Middle, The Sound of Madness, Tales from the Script, Clifford the Big Red Dog, Newsies (musical), I Love NY, North Starr, Stand by Me, Psych, Carrefour, OfficeMax, Meeting Spencer, The Devil Is a Part-Timer, Resolution.