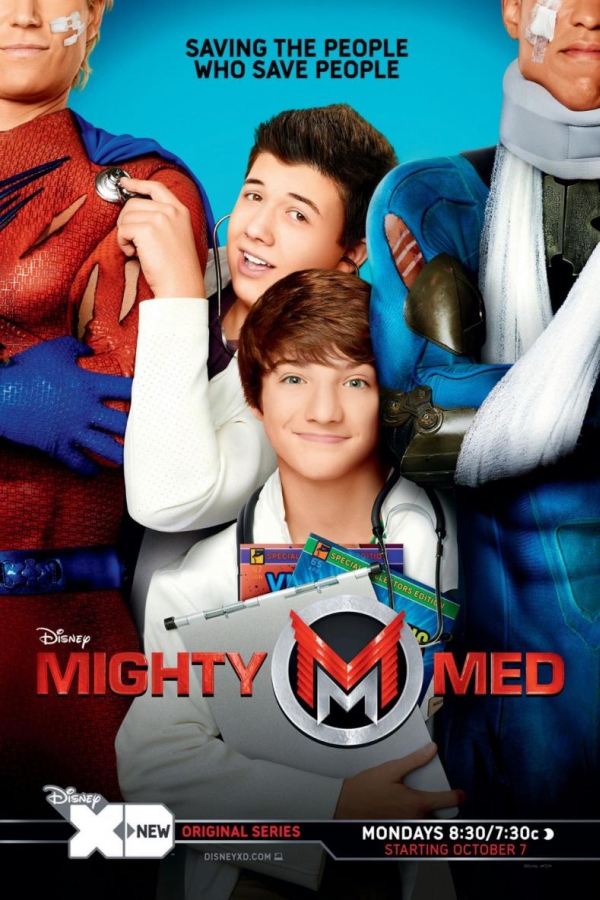 Mighty Med font here refers to the font used in the logo of Mighty Med, which is an American Disney XD Original Series that chronicles the adventures of two teenage best friends Kaz and Oliver who land after school jobs of a lifetime at Mighty Med, a secret hospital for superheroes, sci-fi and fantasy characters.

The font used for the title of the TV show in the poster is Eurostile Bold. Designed by Aldo Novarese in 1962, Eurostile is a sans serif typeface featuring square-shaped letters with rounded corners, producing a look reminiscent of the machinery, technology, and interior design of the 1950s.