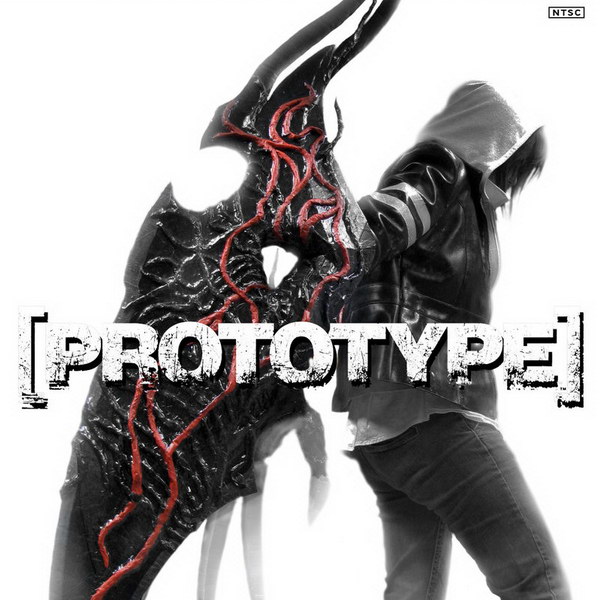 Prototype font here refers to the font used in the logo of Prototype, which is an action-adventure open world video game developed by Radical Entertainment and published by Activision.

The Prototype logo was probably designed based on Helvetica Black, adding some grunge effects. Helvetica Black is available as a commercial font and more details about it can be found here.