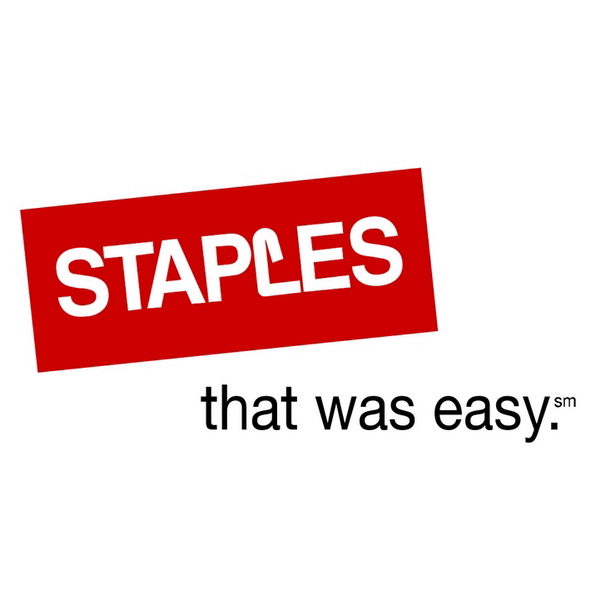 Staples font here refers to the font used in the logo of Staples, which is an office supply chain store founded in 1986.

The Staples logo features the “Staples” letter forms on a tilted red background, set in Helvetica Bold with the letter “L” stylized as a staple. The slogan “that was easy” beneath is in Helvetica Roman. Both fonts are available as commercial fonts and you can view more details about it here.